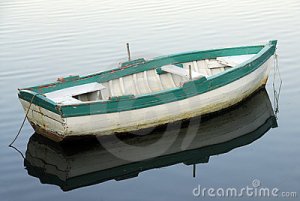 We started adding flesh to the bones of the new resource in July, when schools participating in this project met in London and Bristol to discuss progress.  People brought examples of work from their own school and shared resources that they have found helpful.  We also reconsidered the overall structure of the resource and, at the meeting in Bristol, decided to add socioeconomic background to the section on equality issues.  All of this has been slowly making its way on the ‘dummy’ resource that we are using to keep ideas together, collating the suggestions that are being put forward.

The title of the new resource was up for discussion again at both meetings.  The open invitation to schools had suggested the title “Give Me A Chance!” but it quickly became apparent that this reflects power relations that we were all uncomfortable with.  “It’s My School Too” was put forward as an alternative but this, too, sounds as though somebody is begging to be let in.  We tried to pinpoint the precise message we want the resource pack to convey and someone came up with “Achievement Through Equality”, which we all immediately warmed to.  This is about devoting time and effort to ensure that everyone feels safe, visible and respected.  Not only is this a moral and legal obligation, it also places pupils in a far better position to learn.

My mother tells a story of skill and ingenuity from when she was a little girl on the Greek island of Amorgos.  Apparently the fishermen were having a boat race from one end of the port of Katapola to the other but there was a strong wind making the crossing all the more challenging.  The men battled against the wind and the waves, with only muscle power to move them forward.  After some time of strenuous rowing, one boat seemed to be straying off course and spectators began to worry about Markos, whose boat was heading out to the open sea.  The rest of the men kept battling the elements, rowing with all their might, each making very slow but steady progress.  Then Markos turned his boat around and, claiming the wind as his ally, sped through to the finishing line ahead of everyone else.  The crowd cheered and at least one little girl was so impressed that she has been telling the story to her children and grandchildren more than sixty years later.

I told this story to a colleague recently, saying that this is the kind of skill and ingenuity that the new resource could inspire in teachers.  It pains me to see how many schools, focused on the ‘raising standards’ agenda, are effectively rowing against the wind, focusing their efforts on pushing pupils to achieve higher grades.  From that perspective, taking time to address equality issues may seem as additional work, steering people away from the goal of better exam results.  And yet, if more people would think like Markos, investing time and energy to promote equality could seem like the obvious route to success!  This is precisely what the new resource can help schools with.

We welcome your comments on this post Cancel reply